It’s been a long ride, but by the time you read this I will have brought my career to a graceful conclusion, and with that the Chairmanship of the OpenFabrics Alliance (OFA) will have been passed on to its next Chair, Doug Ledford.

To say it’s been an exciting several years for me would be a vast understatement.  My appointment as OFA Vice Chair seven years ago gave me an insider’s view into the workings of the OFA, and more importantly the opportunity to help influence the Alliance.  But it also gave me a peek at the storm clouds beginning to gather on the Alliance’s horizon.

Since its inception, the OFA had played a pivotal role in launching so-called Remote Direct Memory Access or RDMA, which at the time was a nascent but exciting technology with the promise of upending the networking world and possibly even the world of scalable, performance oriented computing.  That promise has, indeed, been realized.  But over time, and in a testament to the OFA’s success in shepherding this new technology into broad adoption as a mainstream technology, the open community began to show serious interest in assuming ownership of the verbs-based software stacks that had been the core of the OFA’s mission since its founding in 2004.

This was great news, because it bore witness to the OFA’s efforts to unify the performance networking industry and drive adoption of this revolutionary new technology.  But it also threatened to leave the OFA without a viable portfolio and scant value to offer its members.  It was becoming clear that the OFA would either need to rethink itself or declare victory and close up shop. But our members would hear none of that and resolved to work together to rethink the OFA itself.

That dawning realization led to a three-year effort by the OFA’s members to “re-invent” itself into the modern era.  We needed to adjust to a world that was much bigger than our little niche in RDMA while providing serious value not only to the Alliance’s members, but also to the performance networking community writ large including system vendors and developers, but also crucially to the consumers of networking technology.

I am very proud to say that that reinvention period is now coming to a close as the OFA sets about launching new programs and activities designed to express the core value contained in our mission statement – “To accelerate the development and adoption of high performance networks.”

As I step down as Chair, I am confident that the OFA now has the foundation needed to undertake its new mission. It has a strong and motivated leadership team, it is on firm financial footing, and it has the structure and mechanisms to support the development of a range of exciting new programs all focused on delivering tremendous value to our members and our community.  As of now, the OFA is on the brink of launching two important new initiatives, each of which is a perfect expression of that mission.  First, the new Fabric Software Development Platform (FSDP), is a vendor-neutral cluster owned and maintained by the OFA for the benefit of its members as they go about the process of developing, testing, and validating new and existing network technologies.  Not only does it offer members an opportunity for serious cost reduction in testing, validation, and development costs, but it is also targeted at providing a genuine service to the open source community and particularly the community maintainers as they go about their task of supporting open source networking software. This exciting new program is the culmination of two years of concerted effort including an enthusiastic discussion at our 2019 Workshop.  Nothing like it exists in the market today.

The second program, called the OpenFabrics Manager (OFM), holds the promise of addressing a serious and persistent hole in developing strategies and tools for, well, managing fabrics. It’s based on a strong collaborative effort with fellow traveller organizations such as the Gen-Z Consortium and the DMTF. It represents the kind of work that only an open alliance such as the OFA could possibly undertake.  Stay tuned for more details or even better join the effort by subscribing to the ofa_ofm mailing list (lists.openfabrics.org).

And that brings me to the close of my tenure as OFA Chair.  I am thrilled and excited that Doug Ledford (Redhat/IBM) has been elected to carry on as OFA Chair and Phil Cayton (Intel) is stepping into the role of OFA Vice Chair. I am confident that not only will they carry forward the work of these past few years, but even better I know that they have plans to build on top of the Alliance’s sturdy foundation.   In the next part of our shared blog, Doug will share with you some insights into his plans for taking the OpenFabrics Alliance into a bright future. 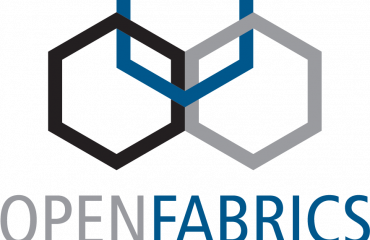 OFA Workshop 2020 Call for Sessions Closes in One Week