It’s been a little over a month since I was elected Chair of the OpenFabrics Alliance (OFA).  In that time, there have been a slew of new responsibilities as I moved from my former Vice Chair position.  But we’ve hit the ground running and have no intention of slowing down.

There are a number of things that the OFA has been in the process of changing for years now.  Many of them are culminating nearly simultaneously.

The re-envisioning of the OFA that has been happening over the last 4 years has resulted in bylaws and other policy documents that are now in lock-step with the newly agreed vision of the OFA.  The attempt to rewrite those in support of the new vision is nearly complete and may be up for vote in as little as a few weeks from now.

One of my first Board meetings as Chair was an exciting meeting where the Board unanimously approved the Fabric Software Development Platform (FSDP) project.  Since then, we’ve been actively pursuing contracts with vendors, planning for the build-out of the FSDP cluster, and preparing to order equipment for an anticipated Sept. 1st project start.  Of course, that start will be just the beginning of the work too!  As exciting as it is for the project to be approved given my position of Chair of the OFA, I am also deeply involved in this specific project and its execution, so my work is really just starting here.

In Part One of this letter, Paul Grun mentioned the OpenFabrics Manager (OFM) effort.  While the name is still being debated, the project has seen a huge amount of interest and actions in the weeks since its inception.

And I think that brings us to what, as much as anything else, my tenure as Chair of the OFA is going to be about.  For the last four years, the OFA has gone through a rather painful period of introspection as we realized that our original goals, as codified in the bylaws, weren’t really achievable (or even reasonable).  There was a lot of discussion about the future; about whether the OFA should close up shop or try to carry on.  And if carry on, doing what?  In the end, the OFA came up with a new mission statement:

“The mission of the OpenFabrics Alliance (OFA) is to accelerate the development and adoption of advanced fabrics for the benefit of the advanced networks ecosystem.”

But a mission statement is not enough.  It is a guide as to why you exist, but if you don’t have a means of actually accomplishing your goal, then you still don’t have a meaningful purpose.  With the two new initiatives Paul outlined previously, the OFA has a distinct, and meaningful, purpose.  It was a hard path to get here, but a necessary one.  And the path forward from this is execution.  That will be my primary focus going forward as Chair of the OFA.  We have a strong mission statement.  We have two initiatives to fulfill upon that statement (and we’re open to more as time and situation present).  Now we need to execute on these initiative and see them through to their natural end (where end here may mean a sustainable, perpetual operation, or it may mean the incubation of a vibrant, self-sustaining upstream ecosystem for a software project).

Tangentially related to these two new initiatives is the idea that the OFA would invest significant effort in a renewed set of educational projects.  In particular, the FSDP will be a prime candidate for tutorials and other educational materials.  So would any fruits from the new OFM initiative.

In addition, I’ll be keeping my mind on the ever-changing landscape of non-HPC environments.  Whether data centers, commercial cloud deployments, or hybrid-cloud deployments, RDMA related technologies keep popping up here and there.  Amazon built their own EFA adapter with custom RDMA capabilities just for their Amazon Web Services infrastructure.  Microsoft has an InfiniBand enabled element of their Azure cloud. Clearly, there is interest at some level for RDMA technologies in various cloud environments, and we can’t ignore that going forward.

For me, the future is deeply rooted in executing on the promise that Paul has created, seeing that necessary documentation or educational materials around those initiatives are in place, and watching out for new areas where the OFA should focus their efforts as the ever-changing landscape of computing systems continues to evolve.  With all that in mind, I leave you all here.  I have work to do :-).

A very (happily) busy Chair of the OFA 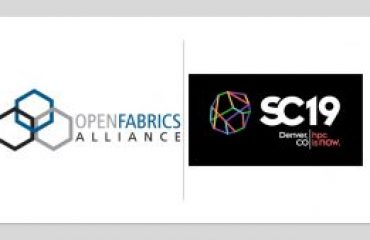 Simulating Stellar Mergers with the Help of a Libfabric Performance Boost 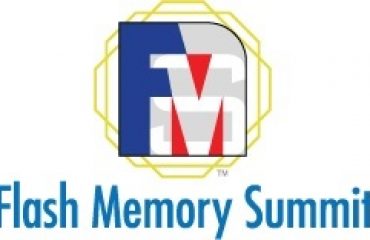